Hello, GB commander! Since Grand Battle is always full of surprises, you may have many opportunities to gain props and cards to defeat more enemies. If you get a Storm Card in your bag, do you know how to make use of it?

First, go to the War Room;
Second, if your enemy is in damage protection, you can use the storm card to attack, and it surely can improve your power.


More tips and strategies will be published, and enjoy yourself in GB game.

How to Select Generals in Grand Battle Game

As a commander in Grand Battle, you can order the troops and apply different weapons at will. What’s more, when you have upgraded to a certain level, a group of generals are under your commander. They can improve your power. It is of great importance for how to select and match generals, and here is a detailed description for reference!!

Step 1
Go to the main interface and click the icon in the red circle as the image displayed.

Step 3
Define the generals’characters. Choose generals of courage and charm to attack, and those of strategy and control to defense in battle.

Step 4
Refer to the generals’ phases. Choose generals of high phase on tank, soldier and aircraft to attack, and those of high building phase to defense in battle.

Commander, now just enjoy yourself gaining every victory with the help of your generals in Grand Battle.

More tips and strategies will be published, and enjoy yourself in GB game.

How to Upgrade Generals
Hi, there. Last week, we have shared the strategy of how to select generals in Grand Battle. This post will share something about how to upgrade generals. Follow me!
In GB, generals can gain experience points from the first twenty attacks everyday, so the first twenty battles are the key to upgrade generals. Experience points are different according to the specific combat situation, such as the enemies’ armed forces and buildings. The buildings are basically the same, so attention should be paid to the armed forces. More experience points can be gained when troops and tanks of the higher level are destroyed. Therefore, in the first 20 battles, you should choose the rivals of higher level with more tanks and undamaged buildings. Of course, you should also make your choice according to your own power. If you are not competent enough to fight the battle through to victory at once, you will lose a chance to gain experience in a battle. For example, if it takes you two times to destroy them, you only get 18 opportunities to upgrade your generals.
Have you got it? Commander, go and try to upgrade your generals.
More tips and strategies will be published, and enjoy yourself in GB game.

Hello, everyone. There comes another weekend. Are you ready for combats in Grand Battle? This time, I’d like to share something about attack strategy with you, and hope you can defeat more enemies.

Attack players: actually it is also not difficult to fight with players, which is quite similar to the NPC. First, send some soldiers to lead all the troops out and destroy them, and then to attack the buildings. The AI of the system is not that wise after all. Do no afraid of others’ counterattack. They are not competent enough to take revenge for a short time if you have destroyed their ground forces. They can do nothing without them. What’s more, choosing rivals is the key point to attack players. You’d better choose those who have more resources.

More tips and strategies will be published, and enjoy yourself in GB game.

Hello, Commander. How about your base today? It is always inevitable that you may be attacked by others when you are offline. However, you can try your best to defend your base during their intruder. Follow me please.
First, the mine is the holy grail and should be upgraded to the top level. At the same time, there are some tips for you to plant mines. For example, plant them along the edge of the machine-gun turret range or scatter them within the base.
Second, arrange your base. The Commander Center should be put in the center, and around it are the storages. The turrets and towers should be placed to protect them. The other buildings can be put in the outermost part as the wall, because the buildings occupy large room. If enemies’ tanks aim to enter the base, they should destroyed the buildings, or they have to choose another way, which can be regarded as an successful defense. Just keep the percentage 40% in your mind. It is not quite possible to destroy a full-blood base in five minutes. Try your best to maintain more defense buildings when you are under 40% protection.
To be frank, it is not easy to defense in Grand Battle, unless the enemies are so unlucky to encounter all the mines. You are successful when you protect your storages and Command Center well. Therefore, Try to make clear your target protected buildings. There is no perfect defense, but more fierce attack!

In Grand Battle, invasion is the most effective way to gain resources. It is quite limited for the resources gaining by upgrading mental factories and oil pumps. Generally speaking, Lv3 is enough by quick upgrade in the early stage.
Attacking players should go first, because enemies is helpful for the later development at the appropriate stage. If you are a longtime player, you might not mind being attacked. The Radar only provides several targets everyday, and it will be boring if they are attacked by others before you. However, if you get some enemies at the early stage, there will be many targets for you to choose.
Second is to attack NPC. You cannot attack them randomly. It is really cool to gain millions of resources at once especially by attacking those above Lv25, but they are not recycled. Do not use them if it is not necessary. Upgrading the Command Center by Lv5 needs eight million resources, and the later upgrading of soldiers is also in need of millions of resources, which are not easily available. The more resources you stored, the more likely you are going to be robbed by others. It is enough to maintain your development by attacking players. 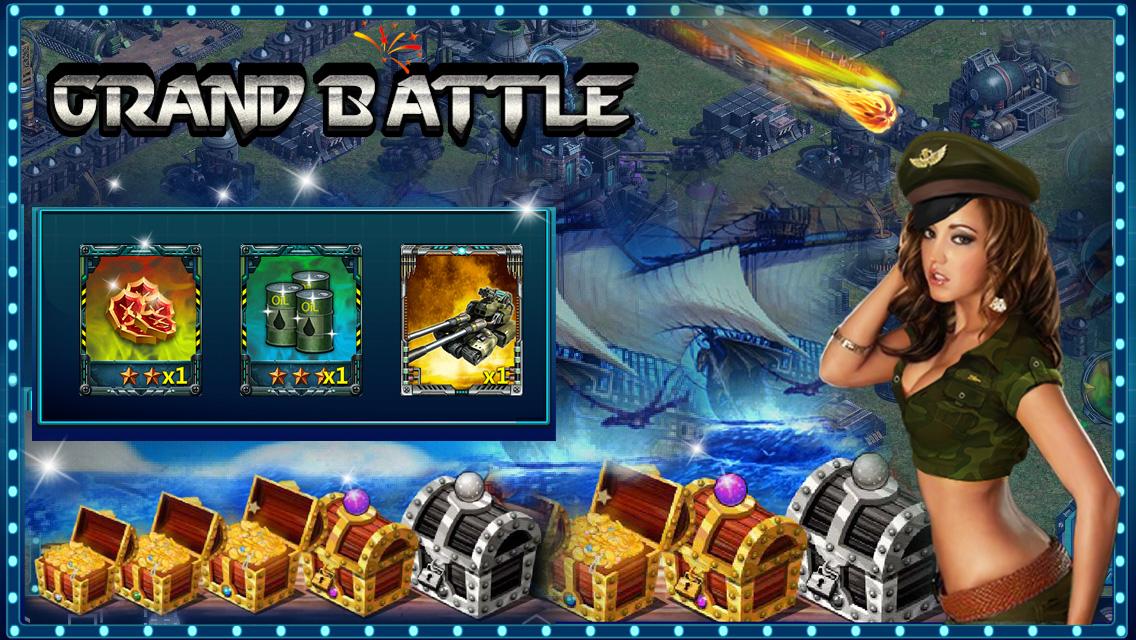